As an major supplier worldwide in the Building and Construction markets, Altrad Belle are No1 established manufacturer of an extensive range of lightweight construction equipment from Cement mixers, Compactors, Wheelbarrows, just to name a few.

Over the past few years Straaltechniek UK Ltd have been providing Altrad Belle with surface preparation services including spare parts, servicing, and equipment modernisation to their existing hook monorail shot blaster that plays an integral part in the finishing process preparing components for the quality paint job that can be seen on Altrad Belle’s equipment and recognised throughout the world.

During a visit to see Richard MacPhail (Quality & Maintenance Manager, Altrad Belle) at their manufacturing facility, based in the beautiful Derbyshire Peak District, James Lees (UK Sales Manager, Straaltechniek UK) and Jay Dorling (Sales Director, Straaltechniek UK) noticed an old 100ltr Tumbler Shot Blast Machine which was no longer being used, uninstalled and gathering dust and so asked Richard whether it would be of use to them if refurbished and re-commissioned. As various pieces of equipment have smaller components this machine was actually ideal for those parts and quite possibly was used for these in its prime condition. 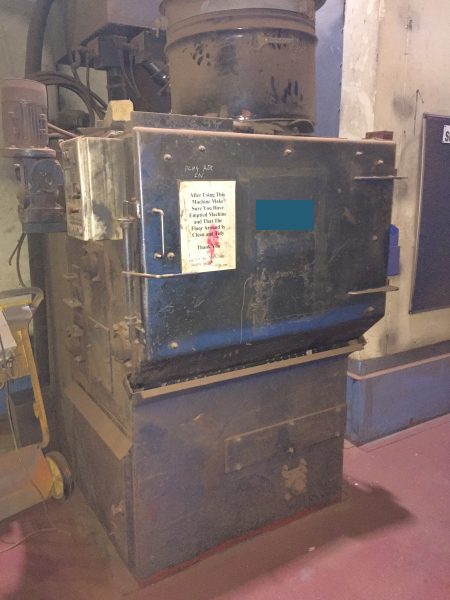 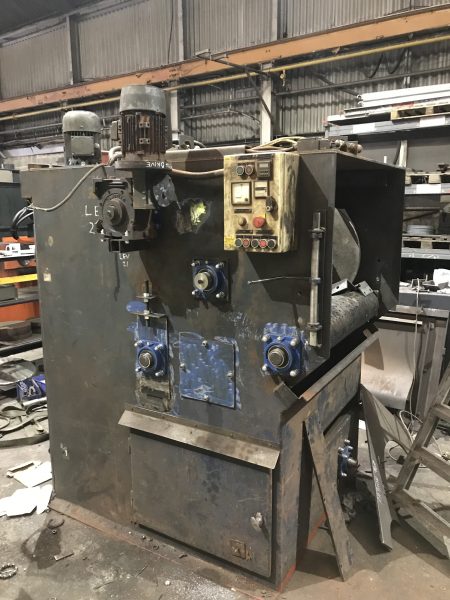 After Straaltechniek UK carried out a full inspection on the old tumbler shot blast machine an offer was submitted to refurbish the machine, and re-install and Straaltechniek UK were delighted that the offer was accepted and an order was placed by Altrad Belle.

The machine was taken to Straaltechniek UK’s workshop based in Sheffield, South Yorkshire and the refurbishment was carried out and prior to inviting Altrad Belle to site to view the machine it was cleaned down and painted to look as good as new. During the site visit Richard and his colleague did not recognise the machine at first due to the transformation during refurbishment and almost walked directly passed the it not realising it was actually their shot blaster!

The machine has since been installed and is now in full use on site at Altrad Belle and 2 of the maintenance team expressed their delight with the refurbished shot blast tumbler machine by posing for a few photo’s and demonstrated to Straaltechniek UK how well the machine is performing by running a few cycles and showing the finished parts after shot blasting.

James Lees, UK Sales Manager at Straaltechniek UK said “this has been one of my favourite refurbishment jobs we have done, to see the before, during and after pictures displays the fantastic work our team has done on refurbishing this old boy and during my recent site visit to see Richard and his colleagues it was clear to see they were very happy with the machine which gives me great satisfaction on being involved in a project such as this one. The machine looks fantastic in the new area Altrad Belle have allocated for it and is doing a brilliant job” 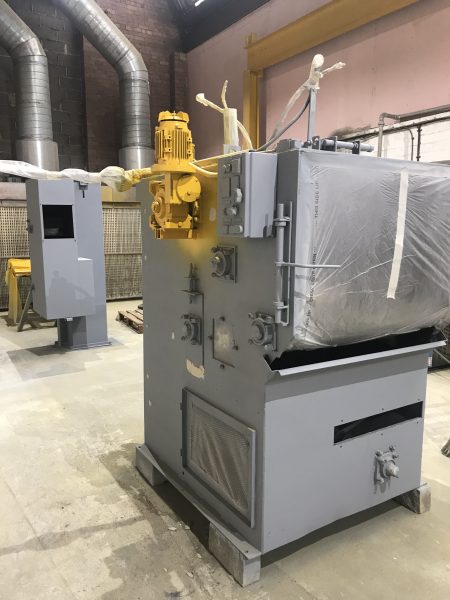 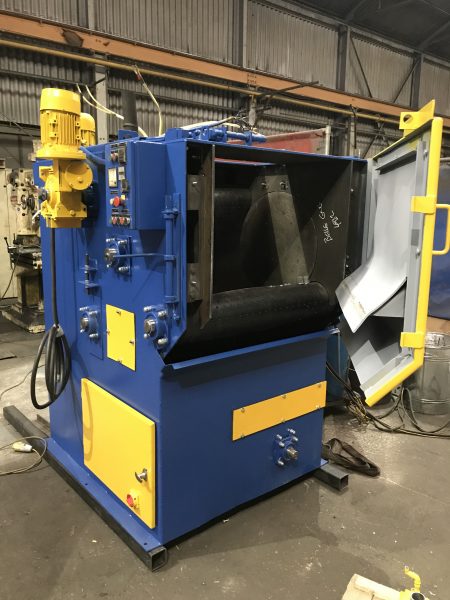